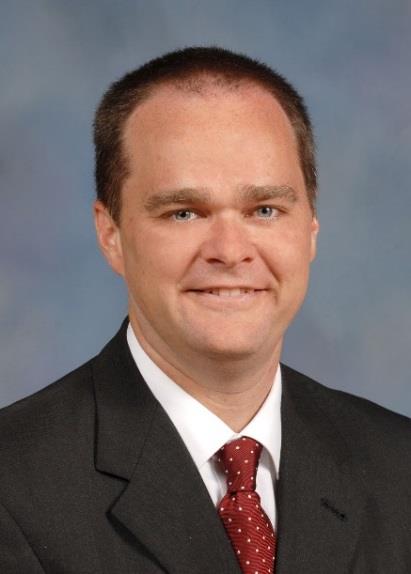 Dr. Akers focuses on statewide and regional community preparedness, resilience, and disaster management initiatives for the MSU Extension Service, which serves all 82 counties of the state by providing research-based information, educational programs, and technology transfer focused on issues and needs of the people of Mississippi, enabling them to make informed decisions about their economic, social, and cultural well-being. With an academic home in the MSU School of Human Sciences, Dr. Akers provides direction on enhancing individual, family, and community preparedness across the lifespan for the people of Mississippi.
Among his programs, Dr. Akers created and coordinates the Mississippi Youth Preparedness Initiative (also known as MyPI), MyPI National (a national youth preparedness/youth leadership hybrid program), and the MSU Community Emergency Response Team (MSU CERT). In September, 2014, MyPI was awarded the nation’s “Outstanding Achievement in Youth Preparedness” award and also received an Honorable Mention recognition for “Preparing the Whole Community,” both from FEMA. Dr. Akers was named a “Champion of Change” by the White House and spoke on MyPI and youth preparedness at the White House and FEMA headquarters that September. MyPI was named one of the nation’s first Affirmers of the new National Strategy on Youth Preparedness Education, a collaborative effort between FEMA, the American Red Cross, and the United States Department of Education. For this, Dr. Akers again represented MyPI and Mississippi’s efforts in youth preparedness at the White House in January, 2015. He serves on two national working groups within the national Affirmers group that further promotes national youth preparedness efforts. Also, in 2016, Dr. Akers received a NIFA grant that enabled the development and oversight of MyPI National, the National Youth Preparedness Initiative pilot program that replicates the MyPI model and success in seven additional states. Based on program success and offerings, Dr. Akers received an additional NIFA grants that expand MyPI National to its current membership of 29 partnering states and 3 U.S. territories. In 2017, MyPI received another national award when MyPI National received FEMA’s “Outstanding Achievement in Youth Preparedness” award and an Honorable Mention designation for “Preparing the Whole Community”. MyPI National is also an official Affirmer of the National Strategy on Youth Preparedness Education. In 2018, MyPI National won the 2018 National CERT award for “Preparing the Whole Community.” In 2019, MyPI Georgia received the National Association of Extension 4-H Agents award for “Citizenry in 4-H Youth Development”, the program’s fourth national award.

Building on the success of MyPI, Dr. Akers, in 2016, unveiled two new youth preparedness programs for delivery by the MSU Extension Service, enabling both MSU Extension personnel and non-Extension personnel to engage Mississippi youth between the ages of 8 and 19 in individual, family, and community preparedness. The first program, a cooperative partnership with the American Red Cross, enables MSU Extension to deliver the national award-winning ARC program, The Pillowcase Project, to children between the ages of 8 and 10. And to reach 11-12 year olds and their families, a new program, Ready in the Middle, directly involves the youth and their families in a home hazard hunt that assists them in identifying risks and hazards in and around the home as well as strategies to mitigate those risks. In 2017, Dr. Akers brokered at partnership with a second national agency, Save the Children, which will enable MSU Extension personnel to deliver the national award-winning program, PREP Rally, to children between the ages of 5 and 9. Five years ago, Akers envisioned a comprehensive Youth Preparedness Continuum (YPC) that would allow for innovative and engaging youth preparedness and youth leadership outreach for youth across Mississippi. Prior to 2012, MSU Extension had zero formal and sustainable efforts and programs with a youth emergency preparedness focus. Today, there are four such programs, three of which are national award winners. Furthermore, with respect to youth preparedness, Dr. Akers has made MSU Extension a household name at the state, regional, and national level.

In addition to his faculty role at Mississippi State, Dr. Akers coordinates the MSU Community Emergency Response Team (CERT) program and is the MSU CERT Leader. MSU CERT, comprised of approximately 40 faculty/staff and graduate students has both a proactive role in educating the MSU and Starkville, MS community about the threats they face and the resources that are available in times of need, and a reactive role, which enables them to assist in specific emergency response efforts when the situation arises. MSU CERT has substantially promoted and enhanced individual, family, and community preparedness with proactive education programs like the PREP Workshop, an 11-day Emergency Preparedness Week, and most recently, the MSU CERT Preparathon, a comprehensive community preparedness fair with over 40 local, state, and national agencies represented, along with a half-marathon, 5K, and 1 mile family fun run that raised funds for local emergency response agencies. MSU CERT has also won overall gold medals and top individual skills assessments awards under Dr. Akers’ leadership. In 2017, Akers developed the Mississippi Campus CERT Network, an organized and collective effort for and from trained volunteers at Mississippi public institutions of higher education, for shared training opportunities and education to assist our campus communities in times of need and our first responders as needed. The first Mississippi Campus CERT Network Summit took place in December, 2017.

Ryan’s research agenda emphasizes critical incident management in low resource communities and in higher education, and the individual response to crisis, including youth. He completed a mixed methods dissertation at the University of Georgia entitled Evolution of Emergency Operations Strategies: Structure and Process of Crisis Management in College Student Affairs, which was awarded the SACSA Dissertation of the Year award. He has presented over 130 national, regional and state-level presentations on various aspects of campus crises and the effects of crisis on campus stakeholders, including IAEM, NVOAD, EDEN, SACSA, NASPA, ACPA, ASHE, and ACHA. Since 2012, he has presented national programs at 10 premiere professional association meetings.

In 2019, Dr. Akers graduated from FEMA’s Emergency Management Institute capstone National Executive Emergency Management Academy, currently one of less than 300 graduates across the nation. He also completed the competitive American Express Leadership Academy. In 2017, Dr. Akers graduated from FEMA’s highly reputable and selective National Emergency Management Advanced Academy. He also completed the 2017-2018 Golden Triangle Leadership Academy. In 2o16, Dr. Akers was named the Outstanding Youth Alumnus from the University of Georgia’s College of Education. Ryan is also a 2014 graduate of Leadership Mississippi and the Master Exercise Practitioner (MEP) Program at the National Emergency Training Center and is a Certified CERT Instructor and Program Manager. Dr. Akers brokered a partnership between MSU Extension and the Mississippi Office of Homeland Security. MSU Extension now directs the programmatic initiatives (including CERT, Fire Corps, America on Watch, and Volunteers in Police Service) and is responsible for the financial aspects of Citizen Corps in Mississippi. In total, Dr. Akers has received over $1,200,000 in grant funding and private gifts for emergency preparedness and outreach programming.
He has served on the ACPA Directorate of the Commission for Counseling and Psychological Services and developed NASPA’s Campus Safety Knowledge Community (CSKC), serving as its first National Chair. In 2010, Ryan was awarded the NASPA CSKC Hero Award for significant contributions to the advancement of the CSKC. In September, 2011, Dr. Akers was invited to speak at the 20 year commemoration of the Jeanne Clery Act, also known as the Crime Awareness and Campus Security Act, at Lehigh University in Pennsylvania. He also has national consulting experience related to campus emergency management and course development experience, including the recertification of the National Center for Biomedical Research and Training’s Campus Emergencies executive seminar. Ryan serves as a voting delegate for Mississippi within the Extension Disaster Education Network (EDEN) and is a member of EDEN’s youth preparedness program area work group. He is also a certified MBTI Interpreter and Facilitator.
Ryan is a member of the Advisory Council of Mississippi Citizen Corps of the Mississippi Office of Homeland Security, and has previously served as a board member of the Oktibbeha Starkville Emergency Response Volunteer Services, and has served on the editorial team for the Journal of Student Affairs Research and Practice, the College Student Affairs Journal, and the Journal for College and University Student Housing.

Dr. Akers is an avid half marathon and obstacle course racer. He and his wife, Brandy, live in Starkville, MS with their two children, Will and Alyssa, and their four-legged family, Token, Sophie and newcomers, Max and Molly.